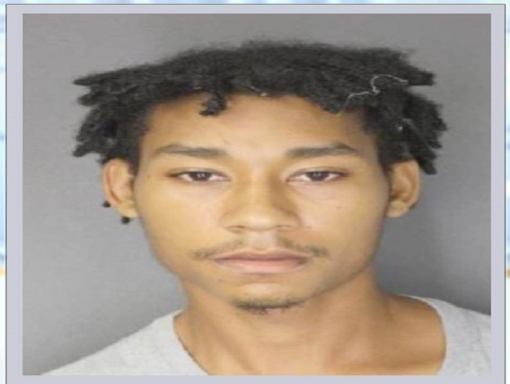 wanted in connection with a fatal shooting August 9th, 2015 at the New Green Frog on Okaloosa Island.

In September 2015, the Okaloosa County Sheriff’s Office had issued a murder warrant

OCSO Investigators say a combination of eyewitness testimony and interviews, along with physical evidence, led to the warrant, however Reeves had fled the scene after the shooting and disappeared.

York under a different name. He was set to be released but a tip to Emerald Coast Crime Stoppers revealed that his true identity was 24-year old Christopher Reeves, wanted by the Okaloosa County Sheriff’s Office on a charge of first degree murder.

Investigators say Reeves shot Stocker multiple times in the parking lot of the New Green Frog following a brief dispute around 3:30 a.m. Stocker collapsed near the back of the business and later died.

Two OCSO Investigators are currently in Buffalo to pursue additional leads in the case.

Emerald Coast Crime Stoppers is proud to announce that they have recently  partnered with the Texas-based company, Anderson Software, to provide a more seamless and efficient way for students and community members to offer information to help solve and prevent crimes or other serious or life threatening matters. Anderson Software leads the industry with its latest secure and anonymous tip acquisition and management solution, called P3 Intel. This partnership allows Okaloosa and Walton Counties to foster a relationship between law enforcement and the public to proactively create a safer community.

Tips were previously accepted as SMS text messages using a short code and a dedicated keyword. Emerald Coast Crime Stoppers will now be accepting tips by phone, the web, and by way of the new, free P3 Tips mobile app available on the iOS and Android platforms, greatly enhancing the mobile tip submission process. Still completely anonymous, tips submitted through the P3 mobile app, unlike SMS text tips, have no length limitations and allow images, video, and documents to be uploaded with the tip. Anderson Software’s sophisticated encryption processes obscure any and all identifying information and provide assured anonymity for tipsters.

Even without the app, there is still an easy and secure option for submitting tips from any PC or mobile browser by going to p3tips.com. Of course, tips are still welcomed through calling our hotline (850-863-TIPS). Using whichever method, once a person submits a tip, they will be given a TIP ID and password. With this information they can login at p3tips.com and submit follow-up information, engage in real-time chat/two-way dialogue, be informed of the outcome of the tip, and access any pertinent reward information.

Emerald Coast Crime Stoppers is launching an informational text messaging and e-mail alert service that allows law enforcement to communicate instantly with the public regarding events in the community such as crimes, fugitives, missing persons, and emergencies. Alerts can include images and be cross-posted to Facebook and Twitter.

Citizens can now subscribe to receive Emerald Coast Crime Stoppers public alerts at www.emeraldcoastcrimestoppers.com/alerts.aspx or via Facebook. Once you sign up, you will receive a confirmation message and then ensure that the registered phone numbers are accurate and up to date. You can update or remove your subscription at any time. Once you subscribe to the public alerts, you will periodically receive text and e-mail messages from Emerald Coast Crime Stoppers. Recipients can also respond anonymously to alerts.

Crime Stoppers pays cash rewards of up to $1,000 for information that helps solve crimes, or leads to the location of wanted fugitives, illegal drugs, or recovery of stolen property. Crime Stoppers is a non-profit, community organization; it is not a government program or law enforcement agency, and no taxpayer dollars are used in its reward fund.